From PoW to SPoS

Any blockchain necessitates some way of reaching a general agreement across a decentralized network of nodes. A consensus mechanism is a way of achieving such an agreement. The seminal method was proof-of-work (PoW), pioneered by bitcoin creator(s).

The PoW consensus protocol requires miners to compete with computational hardware solving complex cryptographic problems to create the next block in a blockchain. Successful miners are rewarded with native currency.

PoW was the status quo consensus mechanism until the first proof-of-stake (PoS) cryptocurrency, Peercoin, was launched in 2012.

Instead, validators who have “staked” the native currency of the blockchain validate transactions, and new blocks and be rewarded with the native currency. A “staked” cryptocurrency is locked in the ecosystem, as collateral and liquidity, to support the blockchain by disincentivizing foul play. This is because staking a cryptocurrency to a validator node gives bad actors something to lose. If a node attempts to submit malicious data, a portion of its stake is lost. This process is called slashing. Without a stake, there’s nothing to disincentivize malicious nodes. Ultimately, the PoS consensus mechanism requires far less energy than PoW.

5ire is a revolutionary new blockchain as it is operated by a sustainable proof-of-stake consensus protocol or SPoS.

The ecosystem looks to accelerate the United Nations 2030 Sustainable Development Agenda. This consensus mechanism is innovative as it refines PoS to an even more environmentally-friendly mechanism for blockchains. 5ire has also addressed the infamously difficult-to-solve ‘blockchain trilemma’ between security, scalability, and decentralization.

PoW was the go-to consensus mechanism for blockchains during the rise of web3. This system requires computational power to solve an arbitrary mathematical puzzle. The reward incentivizes miners to race to solve the next puzzle, so increasingly more powerful computers are used by nodes. This has a significant environmental impact from the vast amounts of energy expended. The miners store the transaction history of the network. The successful miner adds the new block and receives the block reward. The block contains a cryptographic identity, called a hash. The hash within a block contains information about the previous block in the chain, a timestamp, and the version number and transaction data of the block. This ensures that the order of transactions can always be checked by the public, and never altered. Bitcoin uses the PoW consensus mechanism, and Ethereum until this week did too.

PoS is a far more environmentally friendly alternative to PoW, and is being adopted by a larger number of blockchains. PoS works very differently from PoW, with no puzzle solving necessary. In PoS, “validators” are randomly selected to check a new block, with each validator having to stake a certain amount of the native currency to be considered. This process of “staking” incentivizes validators to be diligent, otherwise, they lose part of their stake in a process called slashing. This cycle is continued by rewarding validators with newly generated tokens. The staking process removes the need for powerful, energy-consuming hardware. PoS validators are chosen randomly to disincentivize using more powerful computers. Fundamentally, the PoS protocol requires far less energy consumption.

There has been a flurry of further adaptations of PoS consensus mechanisms. For example, Avalanche and Celo have innovated and adapted the PoS mechanism for their own protocols.

Avalanche’s PoS is a “voting protocol,” where validators on the network, who have staked AVAX, vote to either accept or reject any transaction. The voting continues until the validators adopt the preference of the majority. More validators are involved in the process. The involvement of more nodes leads to a larger distribution of rewards, and greater decentralization.

Celo has similarly added its own innovation to the PoS model. In the Celo ecosystem, there is a well-defined set of validator nodes that broadcast signed messages between themselves in a sequence of steps to reach an agreement. When a predetermined number of validators reach an agreement, that decision is final, even if other nodes are offline, or malicious.

5ire takes the environmental advantages of PoS a step further.

Sustainable PoS (SPoS) has ESG (Environmental, Social, and Governance) compliance built in at the consensus layer to promote sustainability.

The SPoS protocol is designed to forward the progress of Sustainable Development Goals (SDGs). These are a collection of seventeen global goals for peace and prosperity for people and the planet. The SDGs were set up in 2015 by the United Nations Assembly to be achieved by 2030. The increasing attention to the growing global climate crisis and basic human rights makes SPoS a significant proposition. SPoS ensures that not only the blockchain commits to the SDGs, but also the blockchain’s actors.

The SPoS works differently from PoS to incorporate SDGs. Every node is assigned a weight based on Stake (50%), Reliability (10%), randomized voting (20%), sustainability score (Environmental, Social & Governance) (20%), and previous behavior. 5ire selects nodes for block assembly every twelve hours based on the nodes’ weighted score. Randomized voting carries 20% of the weight to ensure nodes with a lower stake can still be selected to assemble the block. The ESG score carries 20% of the weight. This score is determined by a questionnaire that considers a variety of a node’s ESG attributes. Among them are the energy sources used, waste management, data privacy, and diversity of the node. The ESG consideration embeds an ESG conscience into the consensus protocol. Therefore, SPoS by design is environmentally conscious.

5ire’s Approach to the Blockchain Trilemma

5ire solves the blockchain trilemma of security, scalability, and decentralization.

The inclusion of random voting guarantees a level of decentralization as a minimum. As the node’s stake only accounts for half the node’s score, cartelization (or centralization) is not possible with built-in randomness. The probability of being selected as an assembler reduces by 2% every time a node is selected. Therefore, a “51% attack” would be difficult to achieve. The staking system has “quantum resistance”. Put simply, this means that there is a very low threat of future computer technology undermining the consensus mechanism regardless of how powerful computers become. Scalability is addressed by introducing multiple transaction pools for separate chain branches.

The 5ire ecosystem supports multiple chains that branch from the main chain, then are processed separately to be merged back to the main chain in the future. To support this, the ecosystem uses multiple transaction pools: one transaction pool per chain each with a unique serial number. Therefore, 5irechain can scale by processing more transactions. The addressing of these security, scalability, and decentralization offer improvements over the current Layer 1 leaders.

These new systems, combined with SPoS, have resulted in a variety of benefits for the users of the 5ire blockchain.

It will rapidly process transactions, with a transaction throughput of 60,000 TPS (transactions per second), a 600ms transaction time, and also rapidly generating blocks, with each block only taking 3 seconds to generate.

5ire has raised over $100M in their series A. They secured multiple patents on their technology, and secured agreements with governments and large established businesses.

5ire’s SPoS offers a significant environmental upgrade on PoS, which was already a more sustainable alternative to PoW. SPoS’s attention to SDGs will hopefully attract mass adoption of this blockchain, and improve upon web3’s sustainable reputation. 5ire has secured monumental backing and strategic partnerships and has a great platform to build a successful blockchain. 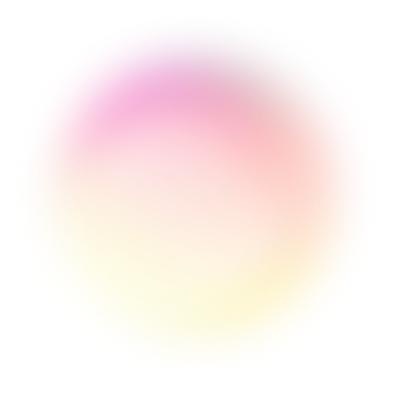